Home » What We Believe » Ministers & Staff

Rev. William Burhans began his ministry at First Congregational in September of 2015. He received his M.Div. from the Graduate Theological Union in Berkeley, CA in 2000 and spent 15 years as pastor of the Charlotte Congregational Church, UCC in Vermont. He is married to Tracy Vartenigian Burhans, an oil painter, and has 3 young adult daughters in various stages of launching into adulthood. Rev. Will loves to sing, play guitar and write music of a contemplative spiritual variety, self-producing a few albums over the years, and is known to break into song during sermons and prayers. He took up snowboarding in Vermont and has served for many years on the Stowe Mountain Chapel team, performing weddings, memorial services, and blessing ceremonies half-way down the mountain both on and off his snowboard. Raised in the Southern Baptist tradition, nurtured for a time by a Benedictine monastic community, and educated in a United Church of Christ seminary, Rev. Will explores, embraces, and teaches a Christian faith that seeks through sacred scripture God’s incredible and transformative truth for our lives, while resisting interpretations that narrow and limit the unconditional love and grace of God bestowed on Their precious beloved creation. 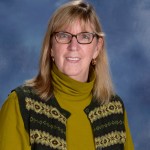 Judy has been serving the people of the First Congregational Church since September, 2003. She currently works with the Adult Faith Exploration Ministry and the Outreach Ministry. She’s found that these two ministries offer many opportunities to respond to Jesus’ plea to “feed my sheep.” She experiences joy and fulfillment in helping to plan and lead worship. Judy feels blessed to be part of this community and to work with a wonderful ministry team.

Judy was brought up in a New York suburb very much like Winchester, and attended the First Congregational Church there. Church life was important to Judy then and has continued to be, especially in times of transition and trouble. Ministry, however, came later in life when her desire to delve deeper into her faith led her to seminary at Andover Newton Theological School. Judy graduated in 1996 with a Masters in Divinity. After serving as the Pastor of the Second Congregational Church in Londonderry, Vermont, she returned to Massachusetts and gratefully began ministering among us. 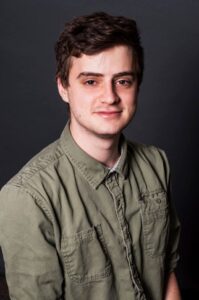 Jake (they/them/their) has been working with kids since they were a junior in high school, volunteering at a local daycare in beautiful Putney, Vermont. Jake got their Bachelor of Science in Psychology from Northeastern University, with their studies focused on the psycholinguistic development of children from birth to five years old. While completing their degree, they volunteered at schools in Dorchester, Jamaica Plains, and Roxbury, and worked part-time as a daycare teacher in downtown Boston, before transitioning to being a full-time preschool teacher after they graduated in 2017. They are passionate about advocacy for children’s rights to quality education. Working at the First Congregational Church in Winchester has given Jake a chance to bring their passion for and experience with working with children and youth to this amazing community! When they aren’t working on keeping the Church youth programs running, Jake enjoys reading horror literature, solving crosswords, and going for walks with their nephew, Eclipse (a black lab).

Minister of Music and Worship Arts 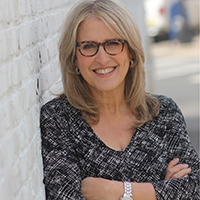 Jane Ring Frank has been our talented Minister of Music and Worship Arts since 2003. From 1998-2003, Ms. Frank was Director of Chapel Music at the Episcopal Divinity School in Cambridge, where she worked extensively with Archbishop Desmond Tutu, Bishop Emeritus of Cape Town, South Africa. Prior to that post, from 1991-1998, Ms. Frank was Director of Music at Boston’s Arlington Street Church, where she conducted a 65-voice volunteer chancel choir.

With degrees in conducting, as well as collaborative piano, Ms. Frank is a Resident Senior Scholar at the Women’s Studies Research Center of Brandeis University, Artistic Director of the 60-voice Concord Women’s Chorus and Artistic Director of Cantemus, a 40-voice chamber chorus located on Boston’s North Shore. From 1997-2009, Frank was the Artistic Director and Founder of Boston Secession, one of the city’s premiere professional choral ensembles. Critically acclaimed by the Boston Globe (“extraordinary chorus, notable for its beautiful balance, and musical surety…”), Ms. Frank conducted and produced two CDs which were outstandingly reviewed by the New York Times, Gramophone, and American Record Guide, along with other journals, magazines and blogs. For a number of years, she served as Conductor for E. C. Schirmer’s professional recording choral ensemble, Philovox, as well as a 10-year faculty member at Emerson College.

Ms. Frank is a frequent guest conductor, lecturer and pianist, touring Europe, Australia, New Zealand, Southeast Asia, Canada and the United States. She is also a respected Producer/Editor of CDs, working with some of Boston’s best professional artists and labels. 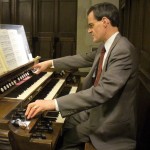 Jeffrey Mead has been delighting our ears at First Congregational Church since 2005. In his musical career, Jeffrey has been an organist, harpsichordist and pianist in churches, solo recitals, chamber music ensembles and orchestras.  He has collaborated with ensembles in New England and abroad, most notably while serving as accompanist for the acclaimed Boston Cecilia chorus, as well as the New Hampshire Symphony and the Bad Reichenhall Philharmonic Orchestra (Germany).  He currently serves as the keyboardist to the Cantemus Chamber Chorus, based in Hamilton, Massachusetts, and as the Treasurer of the Old West Organ Society. Jeffrey also holds the position of Assistant Vice President and Trust Officer with the Investment Management Group of Rockland Trust Company.

Jeffrey holds degrees in Organ Performance and Classical Civilization from Oberlin College and Conservatory, and a Master’s degree from Westminster Choir College, with further study at the New England Conservatory and the North German Organ Academy in Bremen, Germany. 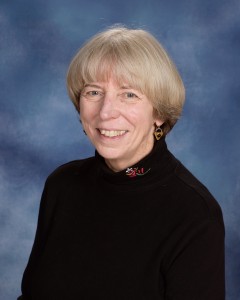 Minister of Health and Wellness

Kathleen Zagata, MSN CS, joined the team as Health Minister in January 2001. Christian faith has been central to Kathleen’s personal life journey and professional work. As a nurse, she has witnessed how faith is essential to well being, and mastery of life’s milestones as well as how it makes a difference in times of crisis, illness, and addiction.

Our Christian tradition makes clear that Jesus was not just about fixing a diseased person, his intent was to heal in God’s name and to restore each person to fullness and community. Thus health ministry is based on a whole person model- mind, body, emotion and spirit- encouraging us to become the person God is calling us to be at each developmental stage. Kathleen’s education in Community Health and personal development studies in BodySoul Rhythms, Interplay, and Mind/Body training in Positive Psychology and Healing Touch are the foundation of her leadership.
www.mwoodmanfoundation.org
www.mbmi.org
www.interplay.org )

Kathleen believes that a faith community is an unparalleled source of health prevention. She encourages all to enhance their faith by living the connection between wellness and spirituality, both personally and in ministry to others. 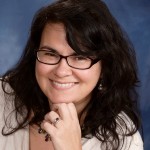 Sarah has been with us since 2008. She started with a one page job description and it has gone up to three. She handles parts of the communications, administration, and bookkeeping.

Before joining us, Sarah has worked in coffee shops, restaurants, an animal hospital, and for the Green Party. She moved behind the scenes at Dick’s Sporting Goods where she barely knew what Excel was. She is self taught and has held administrative positions with  the Green Party and a state government office right before she came to us.

Sarah lives with her husband, and giant cats Jasper (Maine Coon), Winston (Manx), and Darth Vader (Maine Coon) in Tewksbury. She is active in her town and currently serves on the Massachusetts Cultural Council. In her free time, she enjoys cooking, interior design, gardening, fishing, singing show-tunes, and Jeopardy! Unfortunately for her husband Ryan, she has been known to sing and fish at the same time! In 2011, she was a crowds person in a community theater production of Jesus Christ Superstar with her twin sister. Sarah recently finished up a three month term as a Grand Juror for the Commonwealth. She has a vast knowledge of the criminal justice system including the frustrations that both sides of the law feel. She is an advocate for peace, refugees, and progressive causes.

Ed joined the staff in July 2018, having previous experience as the Church Administrator and Building Supervisor at both The Congregational Church of West Medford and First Church Somerville UCC, along with over twenty years of operating a Mechanical Engineering consulting business.

Ed grew up in Somerville and currently lives in Woburn with his wife Pia, who works with special needs children at the Cotting School in Lexington and adult children, son Alex, daughter Amanda, Shadow the dog and FJ the cat. In his spare time, Ed likes to garden, enjoys watching sports and enjoys the challenge of Sudoku and crossword puzzles.

Over the past ten years, Ed has been involved with a number of volunteer organizations. He is a past 9-year member of the Parental Advisory Board at Arlington Catholic High School, where he currently coaches varsity boys soccer; is a member and past Secretary of Mount Horeb Masonic Lodge in Woburn; past member and Chair of Trustees for the Woburn United Methodist Church where is a member and past 10-year Treasurer for the Dwelling Place Soup Kitchen which serves three nights a week from the United Methodist Church.

Bill joined the staff in March 2018, having previous experience as Assistant Property Manager for R&D Management for 17 years. Bill grew up in Everett and is currently a Stoneham resident, he lives with his wife Barbara who works at Tufts University as an Administrative Coordinator, along with his two dogs Bailey and Dice and cat Mable. In his spare-time he likes going to the gym with his grandson Billy. Bill has five grandchildren and one great grandchild. In the past he has coached Everett and Medford little league. 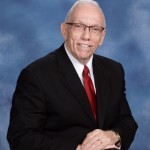 Rev. Dr. Kenneth Orth was ordained in 1976 when he was serving as the Minister of Youth here at FCC Winchester. A graduate of Harvard Divinity School and Andover Newton Theological School, he has served in parishes in the Boston area, while specializing in pastoral psychotherapy and spiritual direction. He is a Fellow in the American Association of Pastoral Counselors and has been an affiliate on the staff of the First Congregational Church in Winchester since 2000. He offers spiritual direction and pastoral counseling to the community at large and leads groups, retreats, and workshops on spiritual growth and transformation. His direct number at the church is (781)-376-0022.