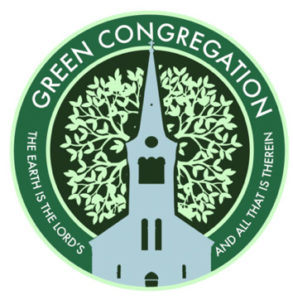 Summoning the church to be courageous in the face of global warming’s existential threat to current and future generations, Environmental Justice joins with others as witnesses and guardians of God’s beloved creation. We are called: to address the devastating impact of unrestrained economic growth, the denial of scientific research and evidence, the centuries-old devaluation of our natural world (other than humans) and the dismissal of the most vulnerable to climatic changes – including indigenous peoples, people of color and the poor. Collectively and as moral agents, we will work with the Town of Winchester in becoming carbon neutral and promoting environmental stewardship – within our building, the places we live and the world beyond.

—A declaration in response to FCC’s Strategic Vision, presented at the May 2019 Annual Meeting

What is Environmental Justice?

And Daddy, won’t you take me back to Muhlenberg county
Down by the Green River were Paradise lay
Well, I’m sorry my son, but you’re too late in asking
Mister Peabody’s coal mine has hauled it away.
—John Prine, Paradise

When the late singer and songwriter, John Prine, wrote the song, Paradise, Kentucky had long been one, if not the epicenter, of the coal mining industry. In 1820 the first commercial coal mine in Kentucky opened in Muhlenberg County, the Western Coalition, where by 1879 the state produced one million tons of coal. Then in the 1900’s another area within Kentucky, the Eastern Coalition, also began producing coal. Such that by 2006, Kentucky was the third largest producer of coal.

Often, environmental justice has been blamed as an enemy to economic well-being, particularly for communities that rely on the acquisition and production of fossil fuels. As with this pandemic, fear of losing jobs and a way of life strikes at the heart of our sense of security. Yet environmental justice isn’t just concerned with uncovering predatory practices of carbon producing industries. One of its primary purposes is to legislate renewable, sustainable and healthful energy alternatives, while creating new jobs in a green economy.

Though the coal industry provided for thousands of jobs through direct employment or indirectly over generations, the environmental impact upon the land, air and fresh water has been devastatingly consequential…particularly as concerns public health. For instance, in those communities that engaged in mountain top mining, there are elevated mortality rates for lung cancer as well as for chronic heart, lung and kidney disease. Tragically, these threats do not appear to go away after mining has ceased nor after land reclamation has taken place.

From the opening chapter of Genesis, we hear these words, “…and God saw everything that God had made, and indeed, it was very good.” Indeed, scripture unequivocally asserts that first, creation belong first and foremost to God and God alone, and second, as created by God it is very good. More so, when we step back from a literal interpretation of the Gospel, Jesus’ actions (such as in showing solidarity for those on the margins) signify a deep and lasting caring, for those in the present and future generations. His actions demonstrated a deep kinship and love for neighbor and all of creation.

Scripture emphasizes that to say you love your neighbor but engage in or benefit from predatory practices is unconscionable. When the welfare of the human family and the natural world are threatened, such practices are exploitative and unjust. But if the prophets spoke passionately and unwaveringly about the necessity of justice in all aspects of relationship, then what does this say about God’s dependency upon humankind as guardians of her beloved creation? To be a person of faith then, is not only to safeguard the preciousness of God’s beloved creation, but in the words of Jesus, to be a good neighbor, not only to current but future generations.

Yes, we are upended right now with so much loss. Schools remain shuttered; unemployment and poverty are looming; graduation, wedding and traveling plans have been put aside; the death toll continues and we remain sheltered in place, wondering how long this will last. Figures larger than life, on the frontlines and those who lived quietly, have succumbed in the wake of this devastating illness. Yet even as our hearts break due to the terrible toll this pandemic is taking, even as we’re overwhelmed with the plundering of God’s beloved creation, let us never forget that as people of the resurrection, we follow a Risen Lord. Because Christ lives, we can declare, that, “Our actions, however seemingly small, are consequential. Because Christ lives, whatever we do, we do as the Body of Christ.”

Learn about the Green Congregation Challenge.

#FCCW Sermon: “Human Being and Creature Being” by Rev. Will Burhans on October 18, 2020